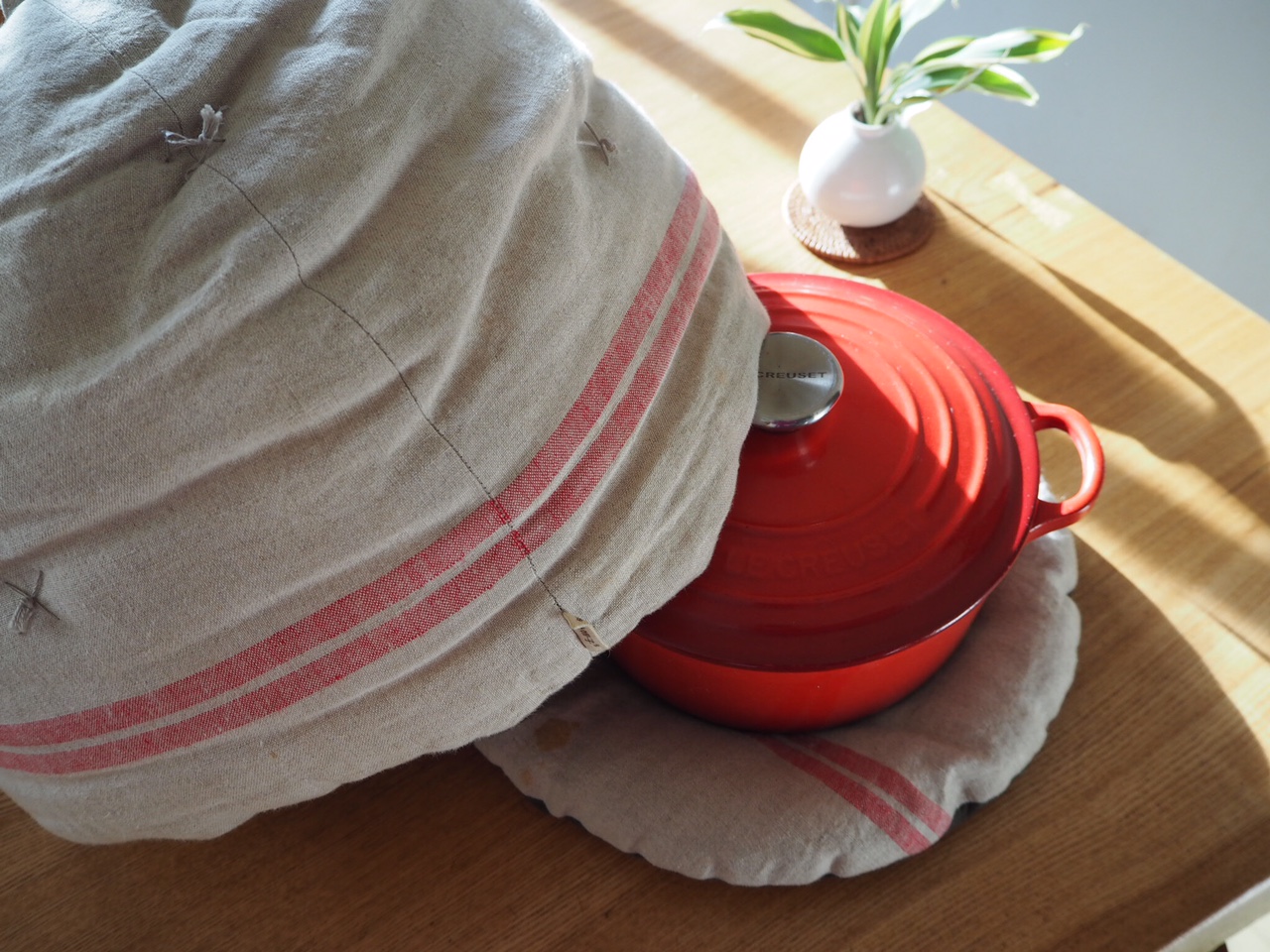 This is one of the utensil s Japanese cook use.

You put them over the heated pot so that the pot cooks them on its own even though you are not keeping eyes on it.

It doesn’t use electricity or gas and therefore is eco-friendly. 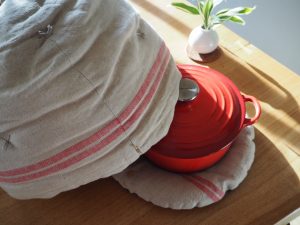 If you let Azuki soak hot 80℃ water for more than five hours, you can make soft boiled Azuki.

In order to make such soft boiled Azuki without ripped skin, I recommend you turn the heat on to pervade the heat through all Azuki just once and after that you cover the pot with towel or comforter to prevent heat from escaping. It saves you the time of boiling and cooking, therefore electricity fee. It is the best if you have special goods that insulate pot adjacent heat loss, such as Nabe-boushi.

1 Rinse Azuki and put then in the pot. Pour 600ml water into it and turn the heat on without lid.
2 If it starts boiling, keep the heat high for 5 min. Then turn the heat to the low and leave it for 15 min. 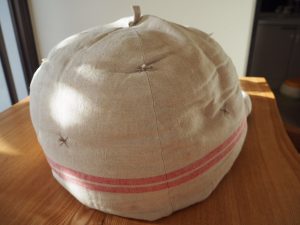 3 Cover it with the lid and wrap it with towel, comforter or Nabe-boushi. Leave it for 8 hours (leave it overnight). In winter, put them in the warmer place.
4 In 8 hours, open the lid and pick one bean up with chopstick and check if those skin are soft enough.

If they are still hard, turn the heat on again and boil them without a lid. When it starts boiling, add 100ml cold water (this isn’t included in ingredient list). Turn the heat to the low and take your time boiling them, adjust it to your liking. 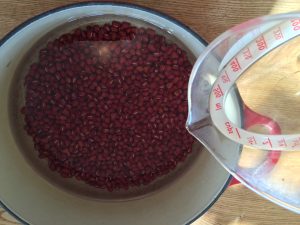 Thick pots, such as Donabe(Japanese traditional pot) are very compatible with Azuki, which require a lot of time boiling.

How to cook Azuki with Donabe.

A lot of water and Azuki means higher heat retention.

Sometimes when you open the lid after 8 hours you will find that those beans are not soft enough. In this case, just boil them once again and add cold water. That makes it easier for heat to pervade.

If you want to cook Azuki with less water, there is another way to make boiled Azuki with thermos flask.