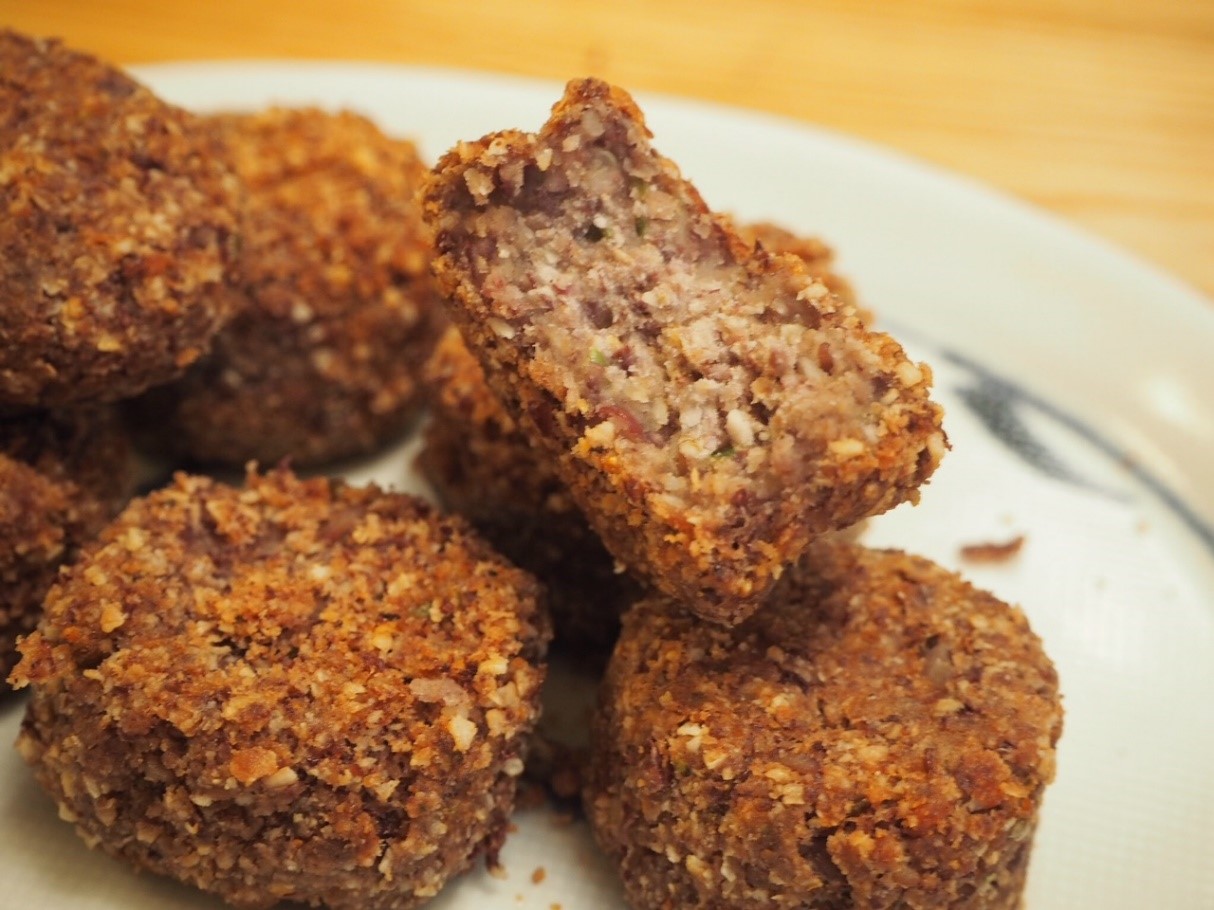 In this article, I will introduce the recipe of traditional Middle Eastern food, Falafel, used red beans as an alternative to fave beans.
Basically this traditional food includes a lot of spices. However, this time we used only curry spices, garlic, green pepper, and pepper, which made it taste like Arabian Croquette.

The ingredient is free from gluten. You can also use rice flour or wheat flour instead of “ Soba-ko”.

・If the ball won’t hold together, it means that that contains too much water or too less water. In this case, add oatmeal or water to make it more paste-like.
・You can add other spices, such as cumin, garam masala, cinnamon if you like.