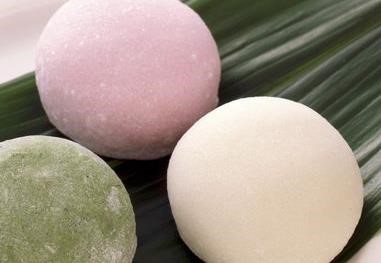 What determine the flavor of Anko

Anko sweets are very simple, composed of only Azuki(red beans) and sugar.

Many Japanese traditional sweets (wagashi) cooks are trying to make their own Anko sweets, based on their original belief, seeking after the definition of “deliciousness of Anko” and yet have you found your favorite Anko flavor?

Anko flavor is by no means limited to sweetness. Each Wagashi cooks has its respective flavor that they care for.

I would like you to find your favorite flavor.

I would like to help you understand what’s in the Anko, what determine the its flavor and what’s that they so much care about when they make Anko sweet, by introducing you how Eitaro Sohonpo – the store which preserve the traditional method and stick to it even now- make kintsuba Anko.

I hope it would open your world to what you don’t know about Anko flavor.

Both of them, in and of itself tastes bitter but sugar makes it sweet. How much of them included in Anko depends on each Wagashi cooks.

Also the amounts of sugar or the length of time they spend on boiling them are ones of the components that determine the flavor.

It is very important to observe in which prefecture Azuki(red beans) they use are made and choose them since the amount of polyphenol and tannin change based on the climate or surroundings.

They can also reduce those amounts to their liking in the process of refining them.

Eitaro’s kintsuba is round shape.

Eitaro Sohonpo’s flavor is rather bitter in order to emphasis the sweetness of Anko, which means there are a lot polyphenol and tannin left. In addition, they keep their close eyes on pot, controlling how burnt the sugar gets.

As a result of those meticulous processes, their sugar looks darker.

As I mentioned before, Anko is made of only Azuki and sugar.

It doesn’t mean that the amounts of sugar is the only component that decide the flavor of Anko.

Bear in mind that there are a lot of things that make them what they are and savor those sweets. I really hope that would be an incentive for you to find your favorite Anko.