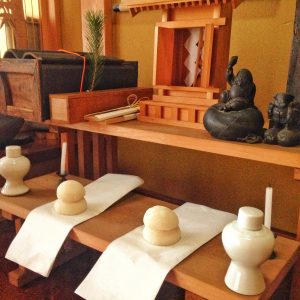 The Kagami-mochi first appeared in around 14th. The name Kagami is said to have originated from its resemblance to a mirror that people offered to God named Sai-jin on New Years day. This mirror also has a religious significance. 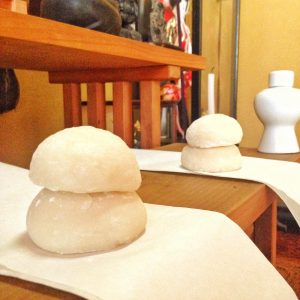 Since it started as a ritual of warriors, people avoided cutting them with knife. That’s why they are broken by hands or hammers. It is said that they ward off bad luck from the family for the following years.

Those Kagami-mochi can be eaten as zenzai(red beans soup), or zouni(Japanese soup containing rice cakes). Eating red beans which contains a lot of dietary fibers does your stomach good.